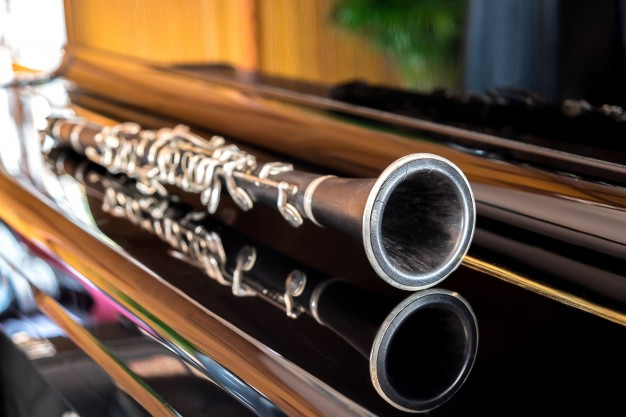 Transposing instruments cause a lot of grief for music students. In actual fact if the concept is understood It’s not nearly as confusing.
Let’s consider the four families of the orchestra. We have, looking at an orchestral score, from the top down,:

Piccolo
Sounds an octave higher than written but this is not transposing. It reads ‘C’ and it sounds ‘C’. If the music notation was written at pitch it would involve numerous leger lines which would make reading all the more difficult.

Flute
This is not transposing. It reads ‘C’ and it sounds ‘C’.

Oboe
This is not a transposing Instrument so no problems here. It sounds as it reads.

One can get a clarinet in C which is not transposing.

Cor Anglais
The name translated means English Horn but it is neither of English origin or a Horn.
The Cor Anglais a transposing instrument and at one pitch only, ‘F’. It is in fact part of the Oboe Family (Oboe, Cor Anglais and Bassoon). It’s notes and finger positions are the exact same as the Oboe but it sounds a 5th lower.
When it reads C, it sounds a perfect 5th lower, that of ‘F’.
This means that in order to sound in the correct key one must transpose the music up a perfect 5th higher than the required key.
Again, consider D Major. What Key would the music need to be written in, to sound in D major?

Answer, key of A major. It will sound a perfect 5th lower which would be D Major.

Bassoon.
This is the lowest of the woodwind family and is not transposing.

Note: Any instrument in ‘C’ is not transposing.

One family of the orchestra is enough to discuss at a time so I’ll leave it at that for now.

I did say that transposing instruments effects the musician in two different ways. I’ll also come back to that later.

This website uses cookies to improve your experience while you navigate through the website. Out of these, the cookies that are categorized as necessary are stored on your browser as they are essential for the working of basic functionalities of the website. We also use third-party cookies that help us analyze and understand how you use this website. These cookies will be stored in your browser only with your consent. You also have the option to opt-out of these cookies. But opting out of some of these cookies may affect your browsing experience.
Necessary Always Enabled

Any cookies that may not be particularly necessary for the website to function and is used specifically to collect user personal data via analytics, ads, other embedded contents are termed as non-necessary cookies. It is mandatory to procure user consent prior to running these cookies on your website.